Chargeback Steps: What Occurs During the Chargeback Process?

The term “chargeback” has a negative connotation throughout the credit card industry, and rightly so. Businesses that receive a high number of chargebacks are at risk of losing their ability to take credit cards, can rack up some hefty fines, and can gain an overall poor reputation. It is important for all businesses to become familiar with chargeback steps, and more importantly, what you, as the merchant, can do to combat chargebacks both on the front and back ends. The key word in chargeback prevention is PREVENTION. Chargebacks adhere to the old adage, “an ounce of prevention is worth a pound of cure.” If a merchant is able to prevent chargebacks on the front end, their business will be much more successful in the long run, and will maintain good standing with the credit card issuers, as well as acquiring banks.

Imagine this scenario. Bob has just opened his laptop and is ready to pay his monthly Visa bill. As he is perusing the month’s charges, he notices that his local deli charged him for the holiday catering plate that he ordered for his company party. Bob reflects back at the disaster that this seemingly simple plate caused him. The cheese varietals were not what he had ordered. The meat wasn’t fresh. He called ABC Deli to let them know that he wasn’t happy with his order and was not going to pay for it. ABC Deli states that the platter is exactly what he ordered, as the clerk called Bob back twice to confirm. Bob is irate that he was still charged for the platter when he was not happy with the outcome. He picks up his phone and calls the customer service number on his Visa card to reverse the transaction. Yes, he did receive a platter, but he was not delivered what he thought was promised. This one of countless examples.

The card issuer takes a look at Bob’s claim (the cardholder) and works to identify the details of the transaction. After digging into details, the issuer sides with Bob, rather than the merchant and deems the transaction for the platter invalid.

Because the issuer has sided with Bob, the issuer now needs to get funds back to Bob’s card. The funds that were deposited into ABC Deli’s account (the merchant), are now forcibly withdrawn from ABC Deli’s acquirer and transferred back to the customer as a conditional refund. The issuer then notifies the acquiring bank of the chargeback. This is done through the submittal of a chargeback code, and the issuer submitting pertinent details supporting the case.

The case is then reviewed by the acquirer. The acquirer forwards the claim and supporting data to ABC Deli (merchant). Additionally, the acquirer provides information to ABC Deli regarding criteria that helps them make the decision to either fight the case or succumb to a refund.

Sal, the owner of ABC Deli, reviews the claim submitted by Bob (cardholder). I remember this customer, he thinks. We called him back several times to confirm the details of the platter, and he agreed that everything was just right. There is no way that Sal wants to refund Bob his money, as this was a very expensive platter, and Sal’s team held Bob’s hand every step of the order. Sal decides to uphold the original sale.

Luckily, Sal’s team keeps records of all correspondence in their CRM. His customer service team also records all calls. Sal gathers all of the evidence that he has to support the fact that his team delivered what was ordered. This includes a detailed order slip that Bob signed. Generally, the merchant can present multiple forms of evidence that the order was fulfilled. This can include delivery confirmations, receipts, records of communication, etc.

After receiving all of Sal’s (merchant) compelling evidence that Bob’s (cardholder) order was, in fact, fulfilled correctly, the acquirer transmits the evidence, as well as Sal’s chargeback rebuttal letter to the issuer.

Once the issuer receives all of Sal’s information, they compare this data to Bob’s claim. As the issuer delves through the material, they see that ABC Deli has compiled sufficient evidence to support the case that Bob did receive what he had ordered, and Bob himself confirmed the order details multiple times. The issuer then decides to issue a verdict in favor of the merchant.

After deciding to issue a verdict in favor of the merchant, The issuer takes the money back from the cardholder by reversing the conditional refund that was originally issued. The money then makes its way back into the merchant’s bank account.

Scenario B: Now, let’s say that the issuer takes a look at Sal’s evidence and sees that Sal’s staff did not, in fact, speak with Bob to confirm the order. Instead, they received his voicemail when calling to confirm, and never actually spoke directly with Bob. In this case, the issuer rules against the merchant (ABC Deli). There are now additional steps in the chargeback process.

In Scenario B, the issuer decides to uphold their original decision and won’t reverse the conditional refund to the customer (Bob). In this case, the funds are not returned to the merchant’s account and the chargeback process continues.  This next phase of the chargeback cycle is referred to as a pre-arbitration by Visa, and an arbitration chargeback by Mastercard.

The acquirer receives the case from the issuer again (sound familiar?) Another review is conducted by the acquirer, and the claim is forwarded to the ABC Deli (the merchant) again. As done previously, the acquirer will provide the merchant with information to help the merchant make the decision as to whether they want to continue to fight the dispute.

Sal from ABC Deli receives the claim from the acquirer and states that they even though his team didn’t speak to Bob on the phone, they have a signed contract from Bob (cardholder) confirming the order details. Because Sal (merchant) is choosing to fight the case, he will need to provide even more evidence refuting the issuer’s new claim as to why they have refused the dispute.

Visa or Mastercard now goes through all of the material received from the acquirer and makes a final decision on whether the merchant or the cardholder is in the right. This determines whether Sal at ABC Deli, or Bob, the customer, receives the funds.

This is the moment of truth where Visa or Mastercard makes the final decision on who receives the funds, and who is in the right regarding the chargeback. Once this decision is made, the case is closed out, and cannot be reversed through the chargeback cycle. If either the merchant or the cardholder is unhappy with the outcome and wants to continue to appeal, they will now have to present the case in legal court.

Sounds like a lengthy process, right? The chargeback cycle can be grueling for both merchants and banks. Multiply the chargeback steps with numerous chargeback inquiries, and you have a lot of work on your hands. The scenario above helps to illustrate the importance of utilizing tools to get ahead of chargebacks such as enrolling in RDR (Rapid Dispute Resolution), or signing up with technology companies that help to reduce or mitigate chargebacks on the front end.

Although the chargeback process was developed with fairness in mind, it is highly subjective, and tends to sway in favor of the cardholder. Friendly fraud is becoming more and more common, with the end result equating to a rise in chargebacks for merchants.

If you want to protect your business and have more control over chargebacks and disputes, contact 365 Glacier Payments. 365 Glacier Payments has over two decades of experience in providing high-risk merchants with chargeback and fraud solutions that enable businesses to mitigate their risk. If you have additional questions or are ready to explore solutions, please schedule an appointment here. If you prefer, you can reach us at 866.857.8766 or email info@365glacierpayments.com. We look forward to hearing from you!

Over Two Decades of Experience

At 365 Glacier Payments Inc. we have over two decades of industry experience using leading technology to help your business navigate the payment landscape. Whether your business is considered difficult to place, has a U.S. or international location, accepts credit cards face-to-face or through e-commerce, we make finding an affordable and reliable processing solution quick and easy. 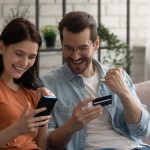 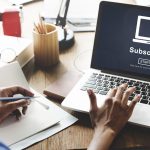 Subscription Based Billing – How to Mitigate Your Credit Card Processing RiskBuilding a Business, Chargeback, Chargebacks